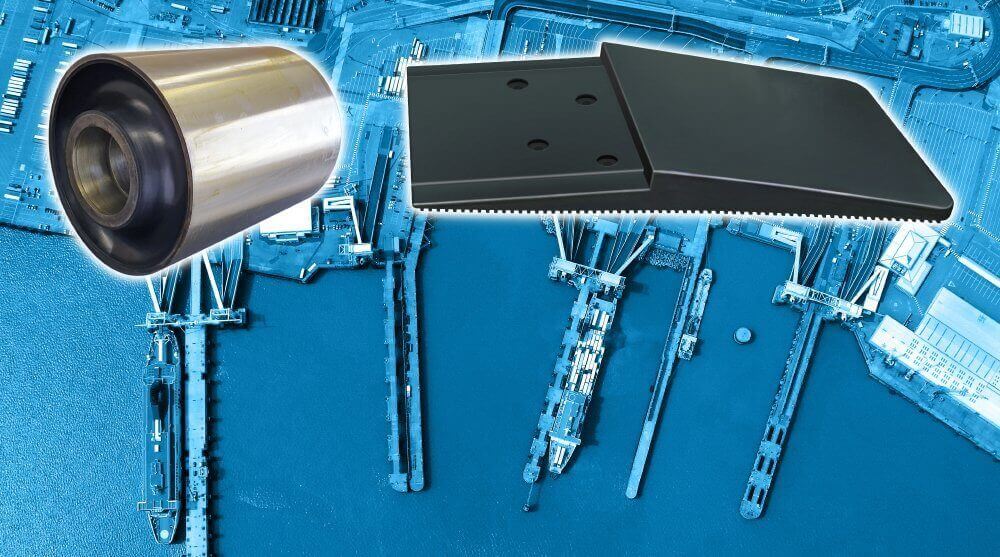 Like any other high traffic areas involving vehicles, a harbour board and ferry terminal needs to be open for business with minimal downtime and maximum reliability of all parts involved is therefore essential. Always up for the challenge, J-Flex have in recent years provided a couple of component solutions to a very busy Harbour Board, all meeting critical requirements for durability, reliability and safety. Read below what these solutions were.

The first of these are various sizes of rubber-to-metal bonded bushes, used in the link-span roll on roll off mechanism.

A linkspan or link-span is a type of drawbridge used mainly in the operation of moving vehicles on and off a RO-RO vessel (roll-on, roll-off) or ferry – particularly to allow for tidal changes in water level. Linkspans are usually found at ferry terminals where a vessel uses a combination of ramps either at the stern, bow or side (or a combination of any) to load or unload cars, vans, trucks and buses onto the shore, or alternately at the stern and/or the bow to load or unload railroad cars.

The rubber to metal bonded bushes supplied by J-Flex remain in situ for until the linkspans are serviced every 2-3yrs and replaced if necessary. They are subject to constant directional forces, repeated movement, friction, varying weather conditions and temperatures – so high performance is a must.

A bonus for the customer was that J-Flex bushes have also offered a cost saving over those previously provided from elsewhere.

The second product has been Finger-end Pads, which are used at the end of the ramps that lower down and connect with the ferries. This cushions the heavy goods vehicles as they roll off the ferry, and also the touring caravans (avoiding complaints of broken china tea services from Mr & Mrs Jones of Tunbridge Wells!).

A modification was to put a surface cavity on the finger end pad so it can be bolted down through a fitted steel plate rather than the previous method which was a bolt and washer. The heavy goods vehicles used to rip the original finger end pads off from tyre shear by the traction units pulling an artic.

The revised finger end pads offer greater longevity than the previous pads that were supplied, the result of which was another price saving.

Do you use any rubber components that you feel are under-performing and not fully satisfying your requirements?

If so, please speak to us to see if we can provide a better solution – contact details here.

Also check out our section on Manufactured Rubber Components. 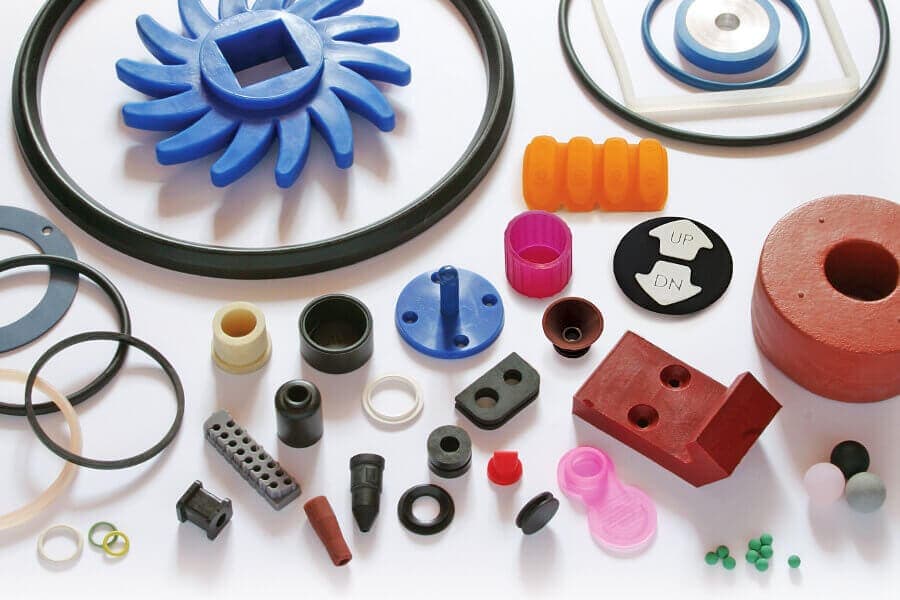 Whatever your requirements, industrial rubber specialist J-Flex can help with a vast array of bespoke rubber mouldings, large or small and in a wide range of polymers.