What is Shore Hardness? How is Rubber Hardness measured?

Home » News » Educational » What is Shore Hardness? How is Rubber Hardness measured?

Shore (Durometer) Hardness is a measure of the resistance a material has to indentation.

Named after its inventor, Albert Ferdinand Shore, Shore hardness offers different scales for measuring the solidity of different materials. (Shore was born in 1876 and lived until 1936, creating the ‘Shore’ scale in the 1920s.)

There are different Shore Hardness scales for measuring the hardness of different materials, such as soft rubbers, rigid plastics and supersoft gels. These hardness scales were created so that everyone can discuss these materials and have a common point of reference for them.

Shore Hardness, using either the Shore A or Shore D scale, is the preferred method for rubbers and thermoplastic elastomers – and is also commonly used for ‘softer’ plastics such as polyolefins, fluoropolymers, and vinyls.

The Shore A scale is used for ‘softer’ rubbers while the Shore D scale is commonly used for ‘harder’ ones. There are other Shore hardness scales, such as Shore O and Shore H, but they are rare within the plastics and rubber industry. For example: 30 Shore A is much softer than 80 Shore A.  Once a material reaches Shore 95 A, it will resemble a plastic over a flexible material regarding how it feels. In this instance, the Shore A and Shore D scales will briefly overlap. The latter relates to rigid materials whereas the A scale relates to bendable rubbers.

Shore hardness is measured with a device known as a Durometer, hence the term ‘Durometer hardness’. Hardness value is determined by the penetration of the Durometer indenter foot into the sample being tested.

The resilience of rubbers and plastics means that the indentation reading may change over time, so the indentation time is sometimes reported alongside the hardness number.

The results obtained from a Shore Durometer hardness test are a useful measure of the relative resistance to indentation of various grades of polymers. However, the test does not serve well to predict other properties, such as strength or resistance to scratches, abrasion, or wear, and should therefore not be relied upon solely for product design specifications.

Are there other methods of measuring rubber hardness?

Whilst we are majoring here on the Shore scale, it’s worth mentioning also the other main method called IRHD – the International Rubber Hardness Degree.

Various instrument types exist for both, but the Shore A and the IRHD Micro/Dead Load scales are the most commonly used for rubber. International standards describe both methods, these being ISO 48: 1994, Physical Testing of Rubber, Methods for the Determination of Hardness and ASTM 1415-88 (1994), Test Method for Rubber Property – International Hardness.

A comparison of the two methods can become very lengthy and detailed, but for those interested, take a look at this presentation paper ‘Understanding the IRHD and Shore Methods used in Rubber Hardness Testing’. 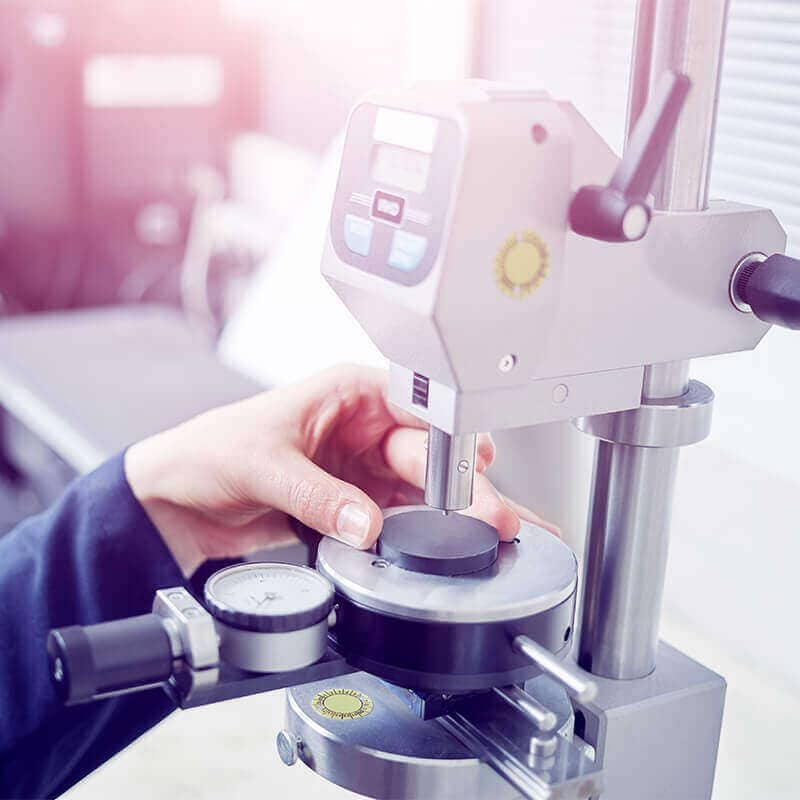 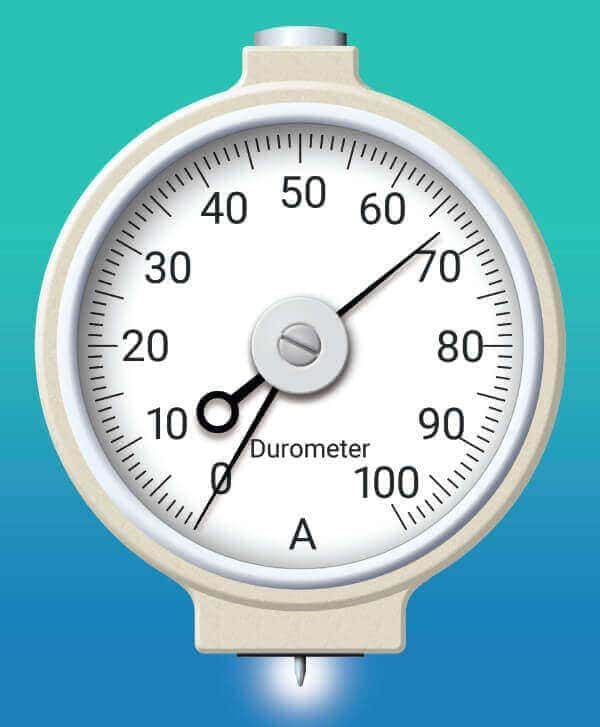 Silicone Sponge is an excellent material for uses requiring a soft, compressible material and particularly suited for high temperature applications. There is a full range of standard colours available and J-Flex has the capability to colour match to customer requirements. The sponge is predominantly-closed cell with low water absorption. 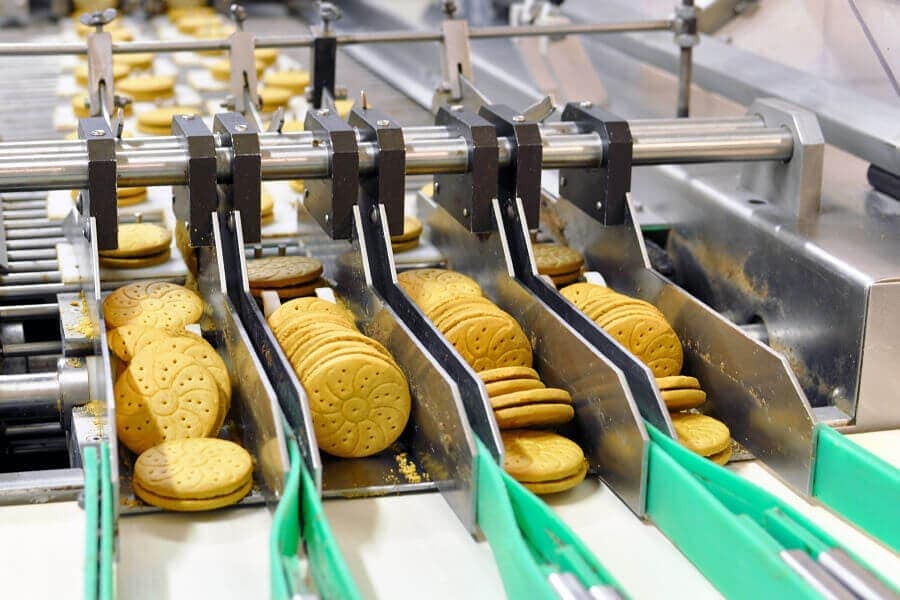 Our safe silicone sheeting provides a high quality safe and reliable product that is an ideal solution for the manufacturing processes in the food, drinks and pharmaceutical industries, all independently tested and comply with the requirements issued by the US FDA, German BfR as well as EC Food Safety regulations.

Metal detectable silicone sheet from J-Flex contains additives which are visible to metal detector scanning equipment, so that any rubber contamination in the food, drinks and pharmaceutical production process can be easily identified. 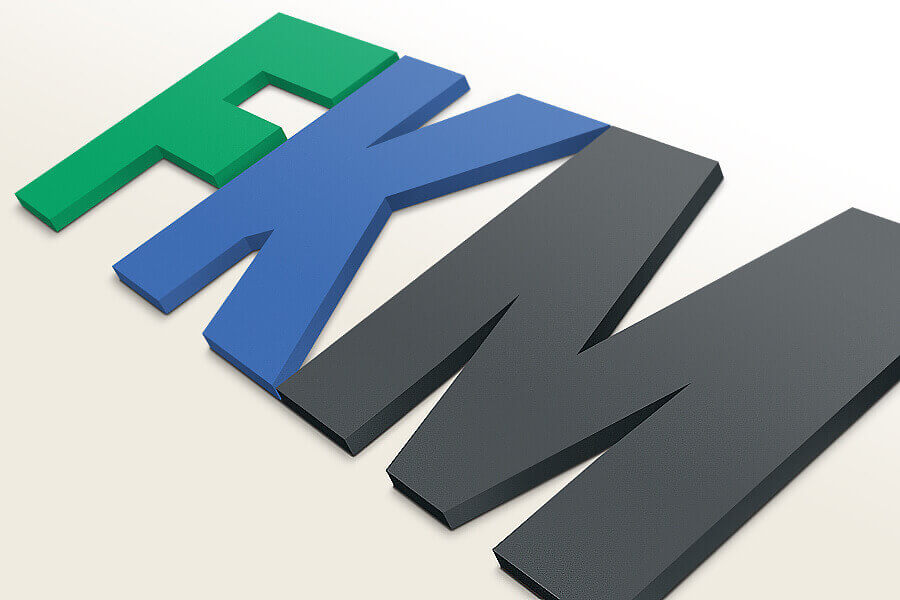 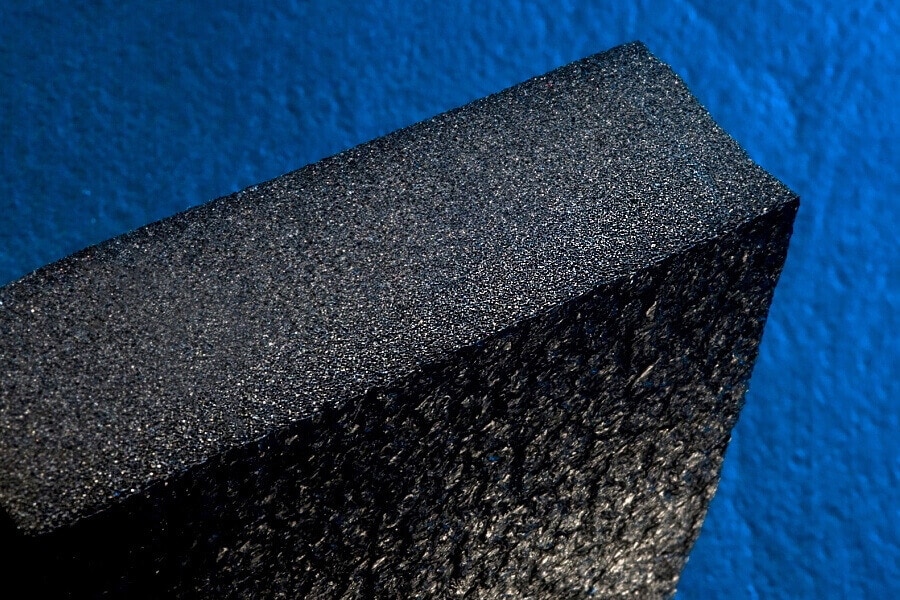 J-Flex Viton™ Sponge is a closed cell formulation with a continuous skin on both sides. The skin makes the sheet stronger and more tear resistant and even when the surface skin is punctured or cut; the sheets will not allow the passage of air or fluid between cells. The non-absorbent sheets are highly compressible, resilient and lightweight with good thermal insulation. 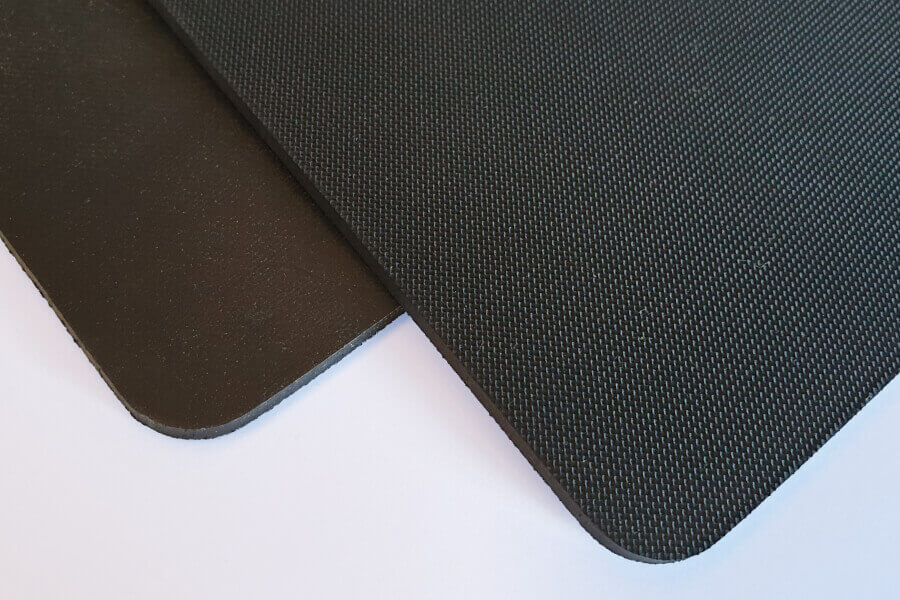 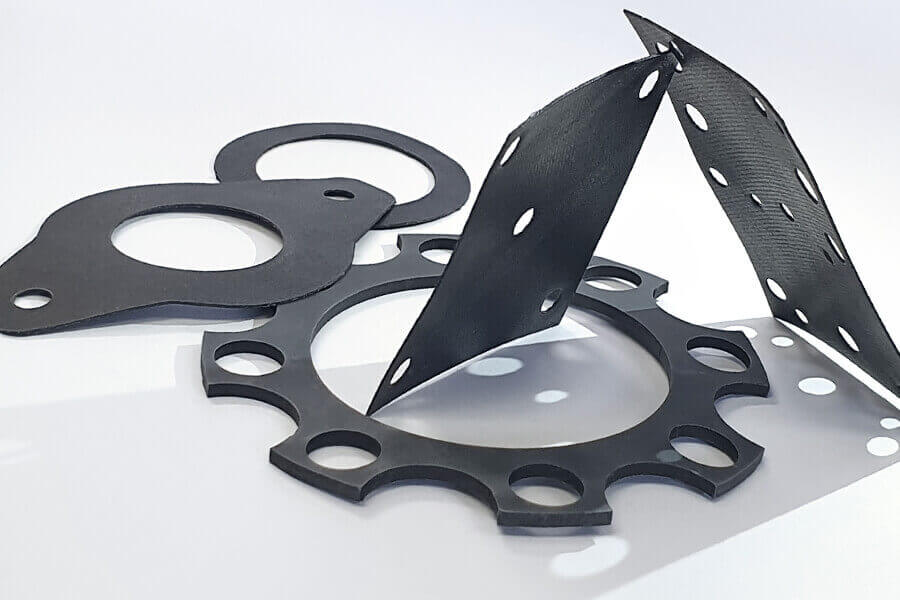 J-Flex enjoys an industry wide reputation as the market leader for specialist sheet rubber products including Diaphragm & Thin Gauge Rubber Sheetings. This means bringing a wide offering to the market, not just the commodity items, but also the really special grades.