Wednesday 30th January proved to be another great morning for everyone at J-Flex.

As well as sponsoring an award we were also entered into three categories. Following a round of introductions from a good mix of local businesses, the Awards finalists were announced, and much to our delight we were announced as finalists in all three!

We’re now very much looking forward to the Awards ceremony on Friday, 15th March 2019 at the North Notts Arena. 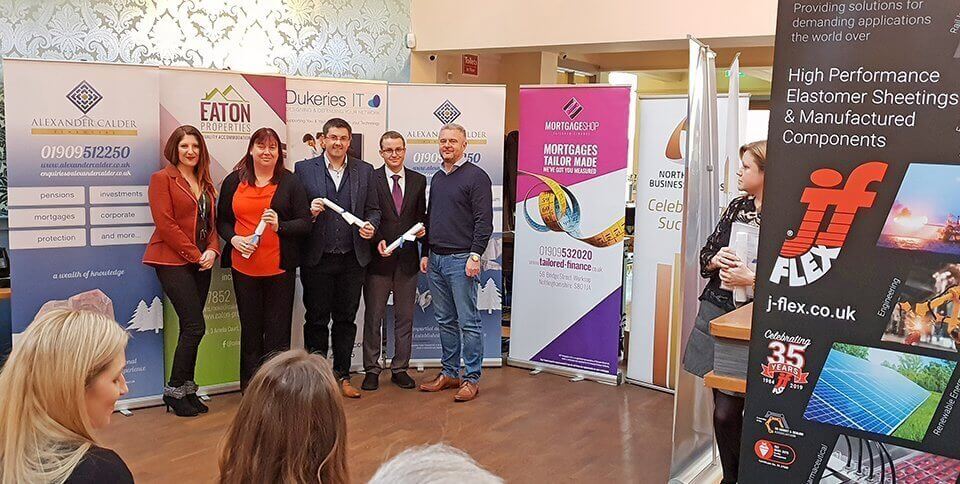